George Brugmans has been the executive director of the IABR since 2004. He chaired the Curator Team of the 5th IABR: Making City. He is also the executive director of iabr/UP, and as such responsible for the IABR–Ateliers. Before coming to the IABR, in 2004, Brugmans built up an extensive expertise as a producer in the arts and the media. He is the founder and owner of Amago, an Amsterdam based independent film and media production company, that (co) produced films of well-known directors such as Oscar-winner Mike Figgis, Jos de Putter, Klaartje Quirijns and Rob Schröder. He was editor-inchief/ commissioning editor at the VPRO, a Dutch public national broadcaster, As chairman of Bergen, a Dutch film production company, he was one of the producers of Antonia’s Line – Academy Award® (Oscar®) for Best Foreign Film (1995). He (co-) wrote scenarios for feature films, including De Wisselwachter/The Pointsman (released in 1986), and De Vliegende Hollander/ The Flying Dutchman (1995). Before moving to film Brugmans had an international career in the performing arts, including being co-founder and the first director of the Springdance Festival in Utrecht (1986-1992), artistic director of the Summerfestival of Salzburg, Austria (1990- 1992), and co-founder and artistic director of the Encontros Acarte Festival in Lisbon, Portugal (1987 – 1990). 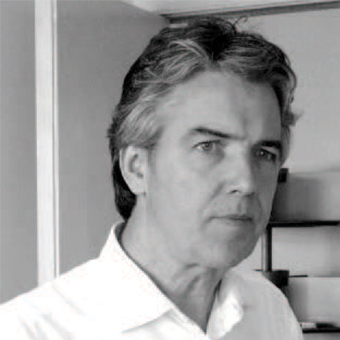 Xaveer De Geyter is director of one of the most challenging offices of architects and urban planners in Belgium. In 1988, Xaveer De Geyter started the XDGA practice that often surprisingly illuminates the hidden paradoxes and conflicts of the (sub)urban life. In the nineties, De Geyter built his first houses in Mariakerke, Brasschaat and Sint-Niklaas. Subsequently, XDGA participated in a number of international architectural and urban competitions. Around the turn of the century, five towers with 137 apartments were built in Breda. During the past decade, larger architectural commissions in Belgium followed swiftly, such as the Kitchen Tower and the Place Rogier in Brussels, and two buildings for Ghent University. In 2011 the office won two prestigious competitions, one for the design of the Place Schuman in Brussels and one for the construction of the new Antwerp Province Headquarters. During recent years, XDGA has been working more and more abroad, by means of participation in many competitions and by large-scale realizations, such as the Warehouse Macdonald in Paris and a master plan for the urban area of Paris-Saclay.

Sotiria Kornaropoulou graduated from the National Technical University of Athens and the Design Academy Eindhoven and moved to Brussels in 2006 to join 51N4E architects. As part of 51N4E she has been following architectural and urban projects in Belgium, the Netherlands, France, Albania and Turkey, as well as publications, exhibitions and conferences at home and abroad. In 2013 and 2014, she led two thesis studios for the Master in Urbanism and Strategic Planning program of the Catholic University of Leuven, focusing on the Tirana- Durres area in central Albania.

Luan Leka has completed university studies (1972- 1976) at the Polytechnic University of Tirana, with a degree in Mechanical Engineering. He is the founder and the CEO of EHW GMBH from 1992. Luan Leka is part of Directing Council of the Confederation of Albania Industries, representing his firm EHW. EHW GmbH Company has been part of the “Meat Processing & Salami “ sector since 1992. In these years he became affirmed as the largest producer in the Albanian market.

He has graduated with a bachelor’s degree from the Electronic Engineering Department of the Polytechnic University of Tirana with excellent results, receiving the title: Electronic Engineer. In 1989 he graduated from “Raqi Qirinxhi” high school in Korca with a Golden Medal. Mr. Peleshi has had a significant career in the private sector in the city of Korca and from 2001- 2004 he ran with great success the Industrial and Trade Chamber of Commerce of Korca. The political career of Mr. Peleshi starts in October of 2004 when he was elected to be Prefect of the District of Korca, he was also elected as the Mayor of the City of Korca later on. Mr. Peleshi is a member with full rights to the Committee of Monitoring of the Local and Regional Congress of Authorities at the European Council.

Andreas Ruby is an architecture critic, curator, moderator, teacher and publisher. He has taught architectural theory and design at interntional universities such as Cornell University, Ecole Nationale Supérieure d’Architecture Paris Malaquais, the Metropolis Program Barcelona and Umea School of Architecture among others. Aside from regularly contributing to selected international architecture magazines, he has published nearly 20 books on contemporary architecture. In 2008 he co-founded the awardwinning architecture publishing house RUBY PRESS which has a catalog of 20 titles to date. He has organized several international symposiums and exhibitions on architecture and design, such as the “Min to Max“ symposium on affordablehousing hosted in 2009 in Berlin, the traveling exhibition “Druot, Lacaton & Vassal – Tour Bois le Prêtre“ launched in 2012, and most recently the Montenegro Pavilion at the 14th Venice Architecture Biennial in 2014. Last but not least he is one of the most prolific moderators in the contemporary architecture discourse, with a record of more than 150 moderated panel discussions featuring 200 architects from 30 countries.

Dorian Tytymçe was born in 1978 in Tirana. He graduated in 2004 from the Faculty of Architecture and Urban Planning, in Cracow – Poland, Politechnika Krakowska , with the degree of Master Engineer Architect. He was awarded the Master of Science degree in Architecture and Urban Design, accredited by RIBA (Royal Instituteof British Architect). He was professionally engaged as an Architect and Urban Designer in the architecture office MAXUS, EUROCOL and since 2012 he is co-partner in the PRGBR – ARCHITEKTUR office. He is known for projects such as Taulantia pedestrian public space in Durres and Berat City centre. Since 2012 he has been a visiting lecturer at Epoka University.